Part 1 of this series covered the amazing wildlife we saw during our Kenai Fjords cruise. Part 2 will cover the people as well as the geological features.

Some people just don't know how to act on vacation. 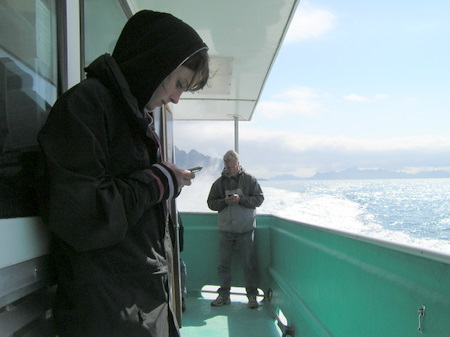 This teenager and grampa spent the entire time on their crackberries instead of enjoying the Alaskan wilderness.


Grampa, tell us about your adventures in Alaska!

Sure kids, hop up on my knee. It was the summer of 2008 and I was limited to a 2G Network. The WAP was like molasses and my emails were slow in coming...

Grampa, what about the whales? And the bears!?

They have whales up there?

Well, you can't help some people. So here is what they missed. 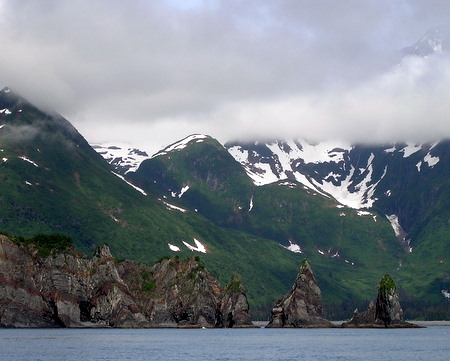 Leaving Seward we had some spectacular views. The hills are alive... 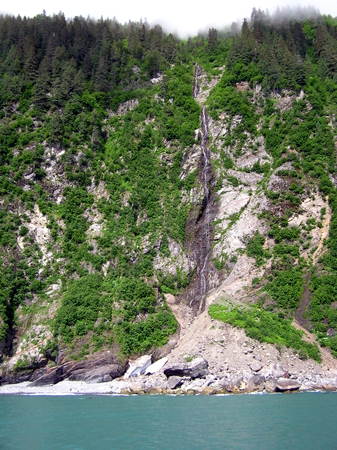 Remember the sheep from Part 1? There he is. Yep, he's the white spec on the large rock in the lower left.

Of course the glaciers were breathtaking. 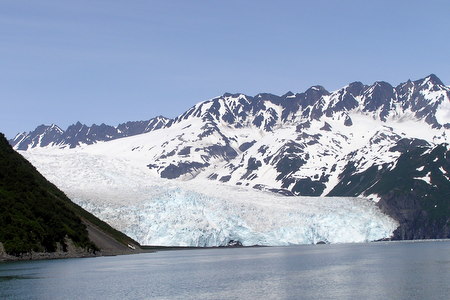 And we got close enough to feel the cold and hear the ice moan. The ice calving was quite spectacular. 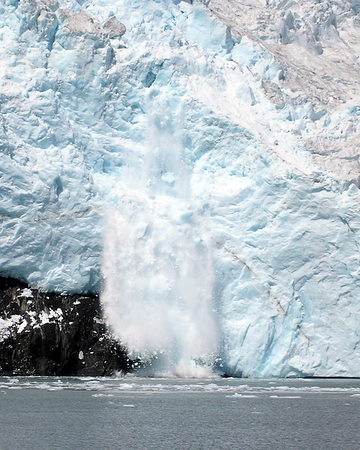 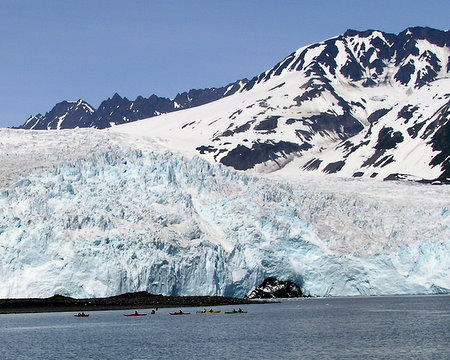 The islands and rock formations were plentiful.

I am not sure if there is a difference between rock formations and islands. 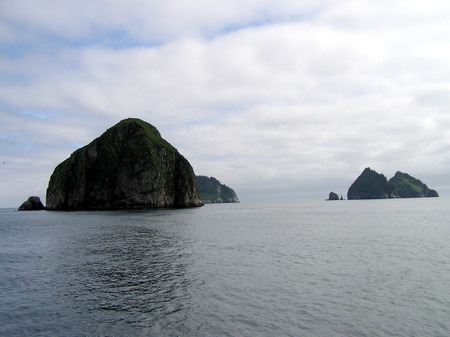 The only things more plentiful are the birds. Here some puffins hang out on a high ledge. 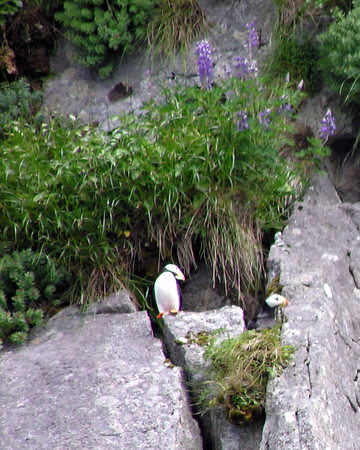 They aren't out of the reach of my camera or Steve's binoculars. 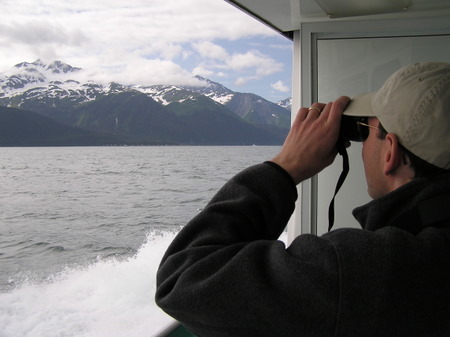 After a dinner on Fox Island, our Captain got us back to Seward safe and sound, and on time. 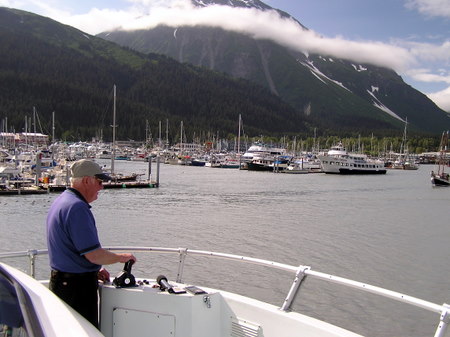 Which was a good thing, because we were gone a long time. Our crackberry addicts can only handle so much reality.