Derrynane House was home to Daniel "The Liberator" O'Connell who lived from 1775 to 1847. Working as a lawyer and a statesman, he became known for his efforts toward Catholic Emancipation in Ireland. Today there is still some tension between the Catholics and Protestants, especially in Northern Ireland.

The home is now part of Derrynane National Park, 320 acres of beauty on the coast of the Iveragh Peninsula in County Kerry. 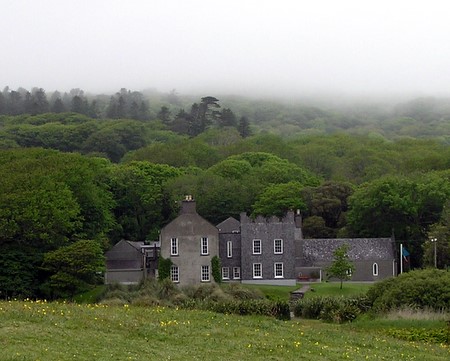 Here is Daniel's backyard, which backs up to the beach. Not too bad, huh? 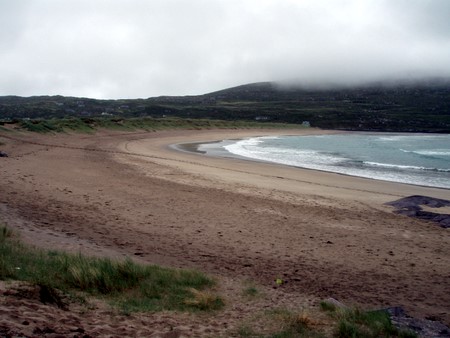 Notice the tracks crossing the beach from left to right. 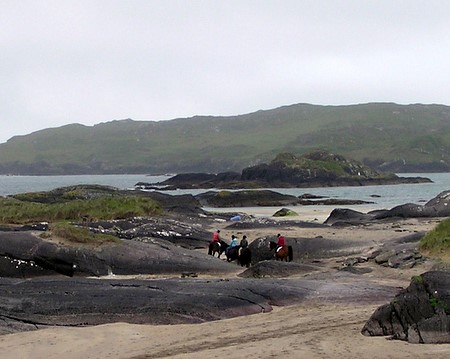 Horseback riding is a popular tourist activity in Ireland. What better way to see the sites? We'll be riding later in the day. 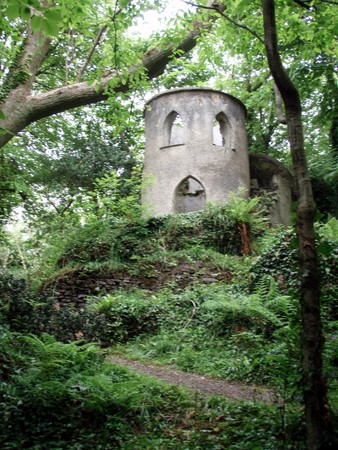 While wandering the grounds we stumbled on some interesting outbuildings. 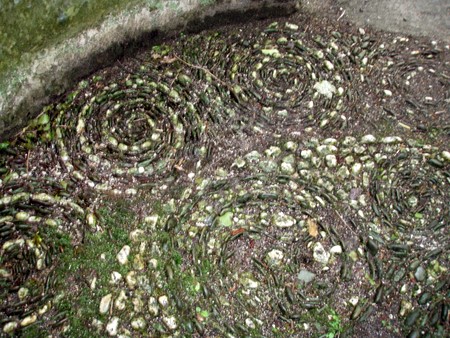 This is a photo of the floor. Quite an interesting and aesthetic way to add a nonslip surface. This is a necessity, as everything stays wet in Ireland.
Labels: Ireland 2007