We arrived in Clifden a bit hungry and definitely tired. In our last post we were still south of Athlone about 80 miles away. No problem, you say. Well over there it took about 3 hours. For some reason the Irish don't drive with the same reckless abandon that Americans do. Our battle cry of the day - "It's OK, we're American!" But my driving is improving because I haven't heard any more sobbing from the backseat. Susan says I'm a great driver so that settles it.

But I digress, back to Clifden. Our first priority is food and Guinness! 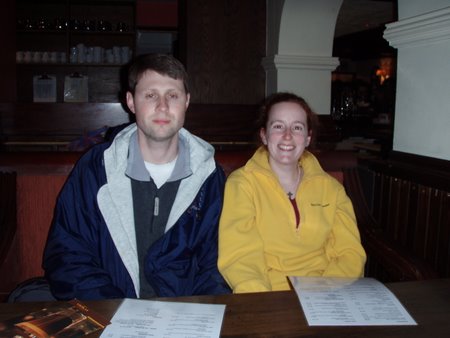 I must say pub food is fantastic. We had a few pints of Guinness and lots of Guinness stew. Each pub has its own version of Guinness stew, and each is tastier than the next. Later we settled in to the Sea Mist House to write postcards and drink Smithwick's. 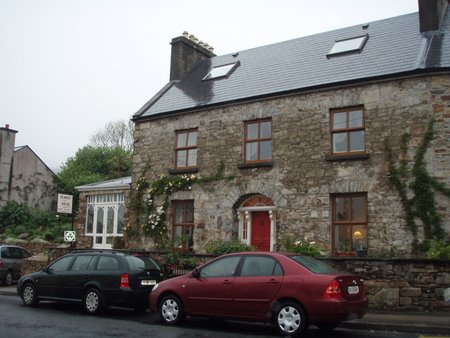 But that's not what this post is about, you came here for the Kylemore Abbey and Garden. So off we go!

The Kylemore Abbey and Garden is located here just east of the Connemara mountains in County Galway.


Kylemore Castle, built in 1868, is one of the great baronial-style castles remaining in Ireland. In 1920, the Castle was turned into an Abbey when it was purchased by the Irish Benedictine nuns. Now the Kylemore Abbey is the Monastic home of the Benedictine Order of Nuns in Ireland. 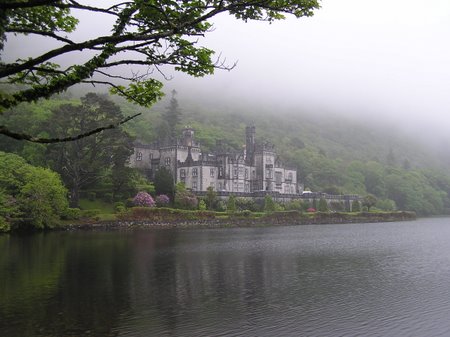 The original owner, Mitchell Henry, built the Gothic Church between 1877 and 1881 as a memorial to his wife, following her untimely death. The church is a cathedral in miniature, complete with a crypt, projecting corner buttresses and carved angelic gargoyles. The interior is embellished with a variety of Irish marble columns. The columns support the Gothic arches of the decorative caen stone ceiling. In the south transept, a beautiful stained glass tracery window depicts the five graces; Fortitude, Faith, Charity, Hope and Chastity. 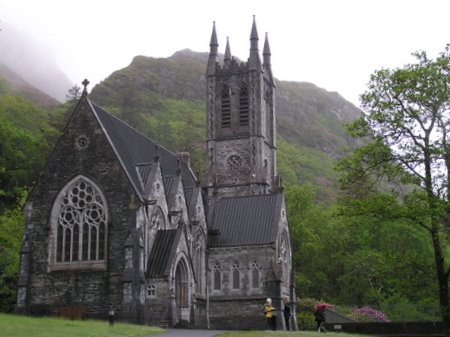 It also has a 6 acre Victorian Walled Garden. A stream divides the Walled Garden into its two distinct areas - the Kitchen Garden and the Flower Garden. The planting style in the Flower Garden is that of the late Victorian era. The original garden, which is completely enclosed by a brick and limestone wall, was constructed around 1870 and laid out by the head gardener, James Garnier. The original 21 glasshouses were designed by Cranstons of Birmingham, two of which have now been restored. 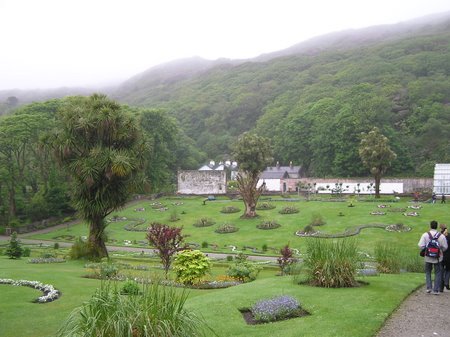 The Kylemore Abbey and Walled Garden was pretty cool. The scenery is fantastic, and the architecture is amazing.

Even better than the Kylemore Abbey was our falconry lesson later that afternoon. But you'll have to wait to read about that.
Labels: Ireland 2007