I know I covered the Guinness Brewery in a previous post but one post can't begin to convey all that is Guinness. Our tour will begin at the front door. 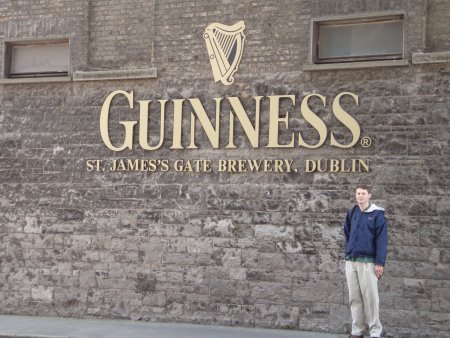 Once you move inside you'll see a copy of the original deed to the St. James's Gate Brewery embedded in the floor. 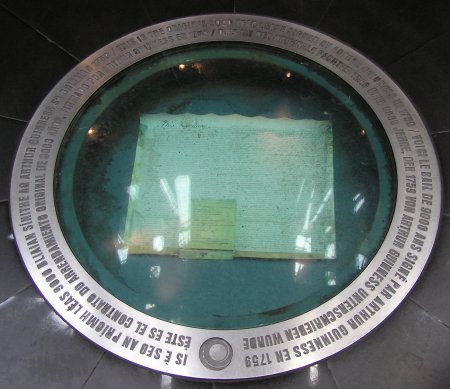 Arthur Guinness signed the lease in 1789, the terms of which are £45 per year for a term of 9000 years. That may have been expensive a few hundred years ago but what a steal today!

The bulk of the tour describes the brewing process and the 5 ingredients of Guinness. I am a sucker for a tour of any manufacturing plant, and the fact that this plant makes the best beer in the world is all the better. Let the excitement begin.

The first ingredient is water. 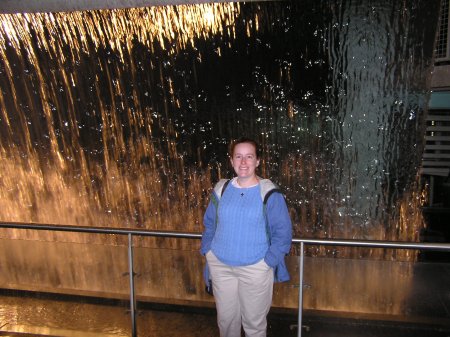 Believe it or not, Guinness gets their water from the Wicklow Mountains north of Dublin. Over 8 million liters flow into the St. James's Gate Brewery every day!

The second ingredient is barley. Here Susan is sampling the roasted barley. 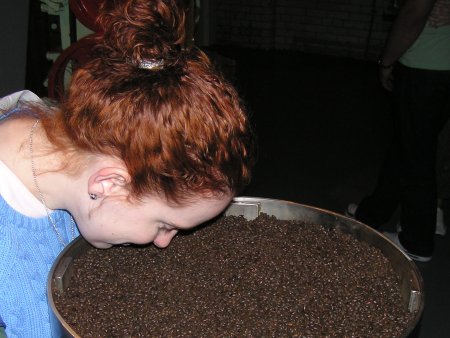 Guinness uses over 100,000 tons of roasted barley every year. That is roughly 2/3 of all the barley grown in Ireland.

The third ingredient, and my favorite, is hops. Guinness uses hops from Australia, the UK,the Czech Republic, Germany, New Zealand, and the United States. Sorry for not having a photo, but the tour did not have cool hops display. :(

The fourth ingredient is yeast. In most breweries the yeast strain is a huge trade secret, and Guinness is no exception. 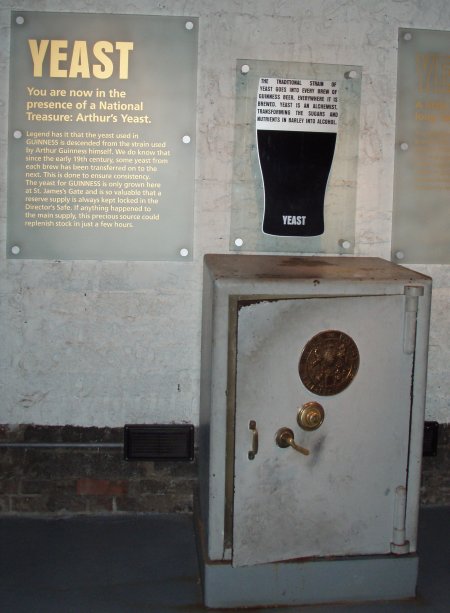 Most beers stop at those four ingredients, Guinness considers Arthur Guinness the fifth ingredient. They say, "Without Arthur there is no Guinness."

The remainder of the tour describes things like barrel making and the history of Guinness advertisement. 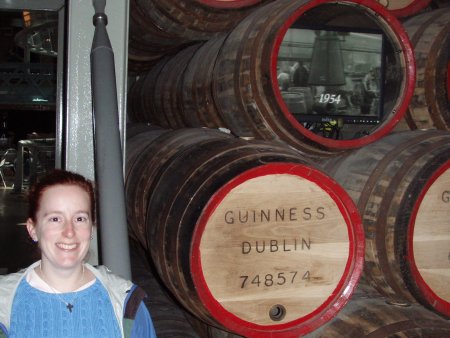 The culmination of the Guinness tour is the Gravity Bar, where a bartender will pull you a complimentary pint. If you're lucky it will arrive with a shamrock in the head. 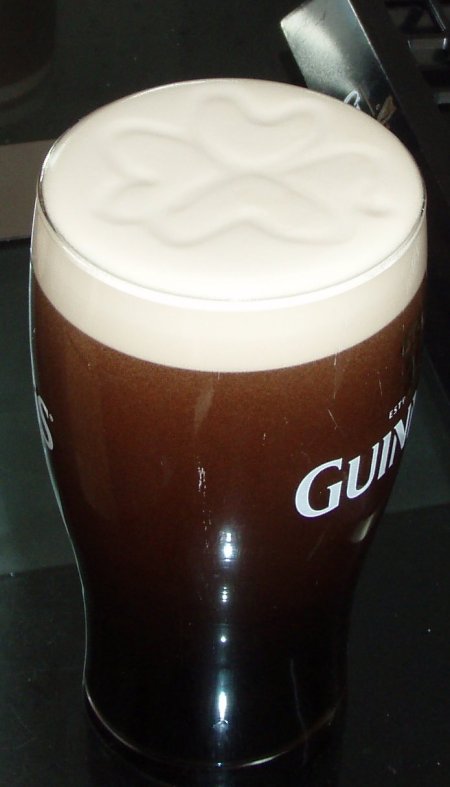 Now that's a perfect pint! And if it's your birthday the whole bar will sing to you. 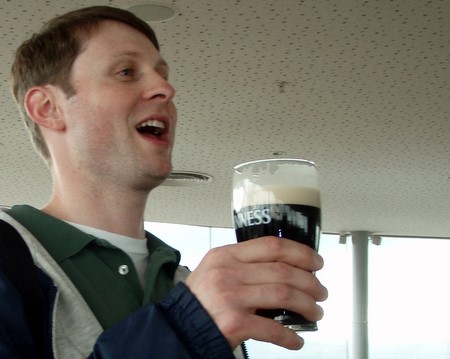 Yep, if you are ever in Dublin, heck Ireland for that matter, you must tour Guinness.
Labels: Ireland 2007