During my last business trip to Germany I was able to spend a cold Sunday in Heidelberg. Things didn't look good when I woke up in Darmstadt. The fog had rolled in and I wondered if I could manage the Autobahn with such horrible visibility.

These photos are of roughly the same view from my hotel room. I though to myself, it's a rental...what's the worst that could happen?

Here's a tip: when you're on the Autobahn in a small rental car pay attention to the blurs coming up behind you. 'S Class' Mercedes and Audi A8s can really shake you loose when you're cruising at 150 and they blow past you doing 200+. Fog lights are also a necessity! In Germany, turning on the fog lights also illuminates the driver's side brake light. Now that S Class moving at 200 kph can see you before he turns you into compost.

My first stop was the Schloss Heidelberg, seen atop the hill in the photo below. 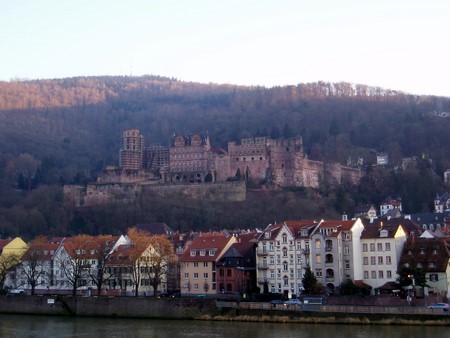 I took around 100 pictures while wandering the castle grounds and gardens. I even went to the German Museum of Pharmacy. I'll cover those in another blog entry.

After the castle tour I wandered around the Hauptstrasse, which is supposedly the largest pedestrian mall in Europe. 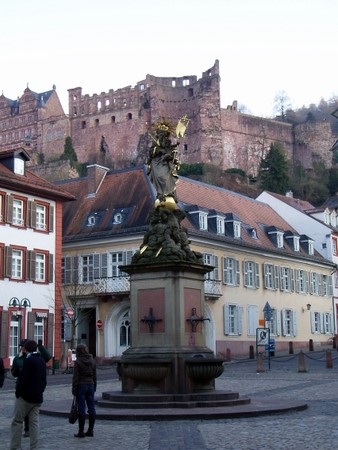 A short walk down the Hauptstrasse is an old cathedral that has free organ concerts all day. 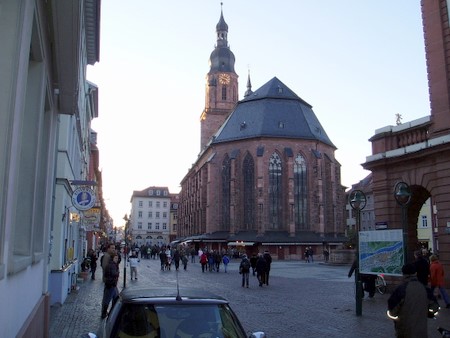 I went in and listened for awhile. The organist was great and had no problem filling the hall. At times it was deafening, especially during Bach's Toccata and Fugue in D minor. Holy Cow! 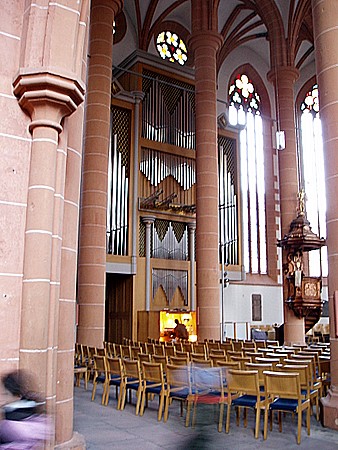 I ate dinner at the Lowenbrau (loo-ven-bro). I chose the meatloaf and potato salad and let the waitress choose a beer for me. 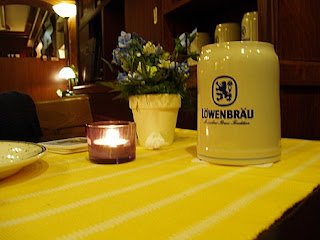 It was pretty darn tasty, but not like Mom's meatloaf. Nope, this was a large slice of pressed meat, visually similar to Spam, but with much less grease as well as a different taste. Can't really put my finger on the taste but I'd guess it was pork.

Leaving the Lowenbrau I quickly remembered how ridiculously cold it was and that I still had about a half mile trek back to the car. Dang, I'd never have survived the trip without a scarf.
Labels: Germany 2008