It is still our first day of touring and we're heading to stop number 3! Continuing around the northern shore of the Sea of Galilee we come upon Capernaum. Jesus made this His hometown during the years of His ministry. Capernaum is also one of three cities Jesus cursed due to its lack of faith. Capernaum is about 15-20 acres in size and lies on the Via Mares.

These are the first ancient ruins I've ever seen and it was quite impressive. The Corinthian capitols are amazing considering the tools of the day. 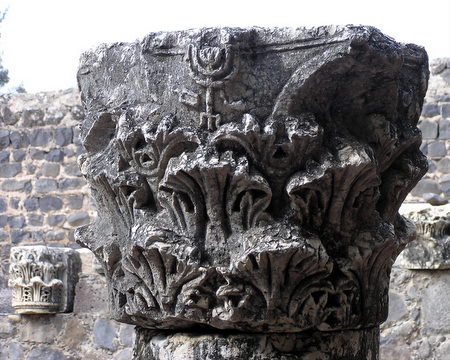 The white synagogue was built in the 4th century on top of a synagogue that dates to the time of Jesus. Here Jesus said I am the bread of life. He also healed many here. Our reading was from Matthew 8:5-17. 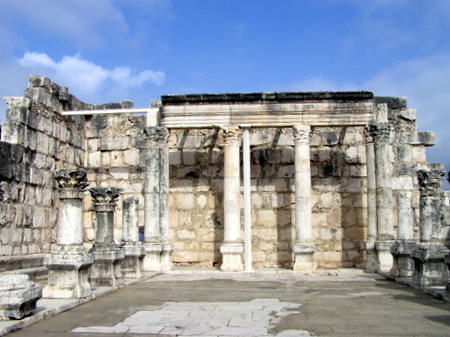 The entrance for the synagogue is on the south side and believers would have prayed towards Jerusalem. Keep in mind you still had to travel to Jerusalem to sacrifice for your sins. That was not done at the local synagogues. Local synagogues were not only for worship but also for discussing the day's events and the education of young boys.

Peter's house is a very short walk from the synagogue. You have to get up close to see it because the Catholics built a church over top of it. 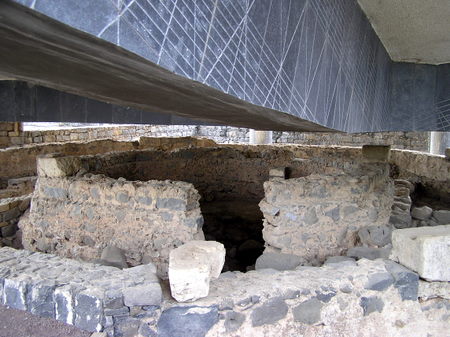 The Catholic Church sure loves Peter. Notice the fish at his foot, then go read the end of Matthew chapter 17. 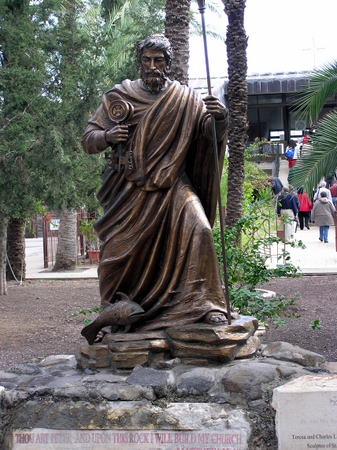 Capernaum was destroyed in 614 AD by the Persians at the end of the Byzantine era. But there is enough left to get an idea of how life was way back when. 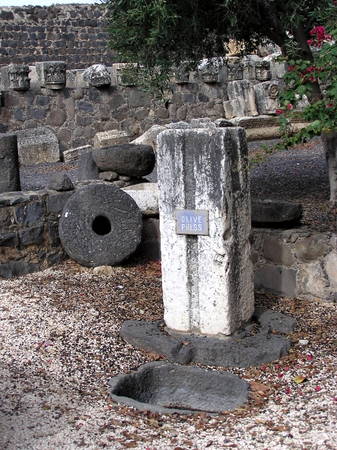 As you can imagine olives and wine were very important. This olive press shows us how they made olive oil. First they placed the olives in sacks and placed them in the press. Next they added weights to a bar that pressed down on the olives squeezing out the oil. This would be done multiple times, adding weight to each press. The first press yielded the best oil and was used for religious purposes. The oil from the second press was used for cooking. The third press yielded oil for their lamps. The oil from the fourth and final press was used to make soap.
Labels: Israel 2009